This is a repost from my friend, Robert Brownell's website, Spirit Lessons: 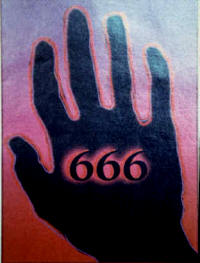 "He was given power to give breath to the image of the first beast, so that it could speak and cause all who refused to worship the image to be killed. He also forced everyone, small and great, rich and poor, free and slave, to receive a mark on his right hand or on his forehead, so that no one could buy or sell unless he had the mark, which is the name of the beast or the number of his name.  This calls for wisdom. If anyone has insight, let him calculate the number of the beast, for it is man's number. His number is 666." Revelation 13:15-18

There is a lot of speculation on how this will all turn out, but you can be sure of this...

ANYONE who gets the mark of the beast 666 is DOOMED!  There is NO turning back, NO forgiveness, NO 2nd chances, NO redemption, No salvation!  There is no hoping that, "God will understand, He'll forgive me for taking the mark, He's merciful and He doesn't want me to lose my life. I don't have to worry, I can still be saved, right?"  WRONG!!!!

If you get this mark of the beast 666 on your forehead or your hand, you're finished!  You will NOT be saved!  You have claimed loyalty to the beast.  There will be great stress and tribulation at the time the mark is given out. It will probably seem like the best thing to do to survive, solving many problems. Great pressure will be upon you to get it, like torture, lose of life, lose of job, lose of children, lose of possessions, reputation, house, freedoms, limbs, etc.  Prophets have been warned that the devil will not want to let those who refuse off with a simple beheading, but he will have them gruesomely tortured to get them to take his mark. You won't be able to buy or sell anything without the mark.  At that point in time, you MUST be ready to die rather than get the mark.  You must be ready to face execution rather than take the mark of the beast, no matter what the punishment.  Don't compromise, and make no mistake about it, those who get the mark, even believers, will be CONDEMNED to God's full wrath forever!

Do not think that committing suicide to prevent yourself from suffering, and to prevent yourself from taking the mark will save you. Suicide will NOT save you, it will land you in hell, even if you are a believer. Also if you are not a believer in Jesus, refusing to take the mark will NOT save you either. You must believe and profess Jesus, and refuse to take the mark, only then can you be saved. 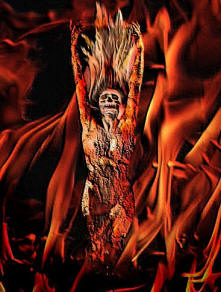 A third angel followed them and said in a loud voice: "If anyone worships the beast and his image and receives his mark on the forehead or on the hand, he, too, will drink of the wine of God's fury, which has been poured full strength into the cup of his wrath. He will be tormented with burning sulfur in the presence of the holy angels and of the Lamb. And the smoke of their torment rises for ever and ever. There is no rest day or night for those who worship the beast and his image, or for anyone who receives the mark of his name. (which was 666)"  Revelation 14: 9-11

But there is hope for those who refuse to take the Mark of the beast and are killed for their faith.

I saw thrones on which were seated those who had been given authority to judge. And I saw the souls of those who had been beheaded because of their testimony for Jesus and because of the word of God. They had not worshiped the beast or his image and had not received his mark on their foreheads or their hands. They came to life and reigned with Christ a thousand years. Revelation 20:4
[End of post from Spirit Lessons.] For more on this topic, visit Spirit Lessons website.


That's the post from Robert Brownell, and I agree with it.  I am not sure if the Verichip will be the mark of the beast.  But I do know that whatever the mark is going to be, it will be forced on every earth dweller.  So if you are alive on the earth when this is happening, do not receive the mark.  Refuse it, no matter what the consequences.

If you are not a believer in Christ, it is imperative that you not only refuse the mark, but also give your life to Jesus while you are still alive on earth. In the final section below, I would like to tell you how you can do that.

You may want to read the other blogs related blogs to this post (see here).  I suggest America’s Destruction is at Hand and Faithful Until Death: The Glory of Martyrdom for Christ.  My daughter has written a poem related to this same topic called Die or Deny. You may also visit our Signs of the Times Directory, and access my complete blog directory at Writing for the Master.

Len Lacroix is the founder of Doulos Missions International.  He was based in Eastern Europe for four years, making disciples, as well as helping leaders to be more effective at making disciples who multiply, developing leaders who multiply, with the ultimate goal of planting churches that multiply. His ministry is now based in the United States with the same goal of helping fulfill the Great Commission. www.dmiworld.org.
Posted by Len at 10:20 AM No comments: 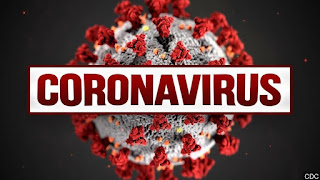