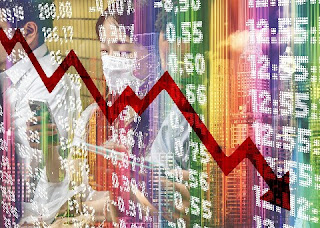 Let me begin by saying that back in December 2019, I was expecting that an economic crash was imminent. Just like the bubble burst in the roaring twenties, followed by the Great Depression, I knew that it was about to happen again at any time. TruNews reported that a Russian language newspaper online had recently published an article indicating that the Federal Reserve was going to devalue the dollar after the New Year. So it seemed that they had intelligence about this in advance. I was expecting that the dollar would collapse soon after the New Year began, that 2020 would be a tumultuous year, and that the rapture was imminent.

Then on March 9, 2020, which will now be known throughout history as Black Monday, the stock market crashed worldwide amid economic fears related to the coronavirus. According to Wikipedia, "The 2020 stock market crash is a global stock market crash that began on 20 February 2020 during the 2019–20 coronavirus pandemic. The Dow Jones Industrial Average, S&P 500 Index and the NASDAQ-100 all fell into a correction on 27 February during one of the worst trading weeks since the financial crisis of 2007–08."

Moreover, China's Gross Domestic Product (GDP) plunged 40% during first quarter. Goldman Sachs economists forecast a 24% drop in the US GDP for second quarter 2020, following a 6% decline in the first quarter. Morgan Stanley economists joined in with Goldman Sachs predicting a 30% drop in second quarter. In order to put that into perspective for you, if the world GDP is normally growing by 3% and slows down to 1%, that signals a recession, because any growth below 2% is classified as a recession. Yet the prospects for this year are even worse than that, considering that on March 25, 2020, IHS Markit revised down its forecast for world real GDP growth in 2020 to 0.7%.

Consequently, financial analysts are warning that "A global recession is inevitable" in 2020. In fact, there are even fears of a depression. For example, Alvine Capital Management's chairman Stephen Isaacs has stated that the coronavirus crisis is unprecedented, and that we are facing a 1929-like crisis that will be worse than 1987 and worse than 2008. Analysts are warning of "utter carnage" as oil crashes and global stocks tumble. Wall Street investors speculate 5,000,000 jobs will be lost in April, and that the month will begin with two million losses. They are expecting US unemployment rates to average 12.8% during the second quarter of 2020.

In response to this, the governments of the United States, UK, Israel, Germany, China, and perhaps others, are implementing measures to stimulate their respective economies 1. The measures that the UK is taking look very similar to what the US is doing. As I watched a recent press briefing given by UK Prime Minister Boris Johnson and his team, it seemed like he was operating off the same script that President Trump was working from here in America. President Trump has worked with Congress to pass an unprecedented 2.2 trillion-dollar economic stimulus package. Of course, the United States, which is carrying over 23.3 trillion dollars in national debt 2, doesn't have that money. It is fake money in essence, because it is being created out of thin air. Since it is not backed by precious metals, and is simply fiat currency, it is all based on the faith that people have in the US dollar. 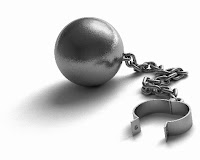 This economic stimulus package will only increase our national debt, which is like an enormous ball and chain around every person in American society, that would take millions of years to eliminate, if we were to attempt to do so, although we are not even trying currently. Do you realize that the debtor is a slave to the lender (Prov 22:7), making every American man, woman, and child an economic slave already? What good will it do to pump 2.2 trillion imaginary dollars into the economy, most of which will go to support major, multi-billion-dollar corporations and not the individual workers? 3 Do you really think that will soften the blow of this crash? That package is full of useless pork fat, such as the 25 million dollars earmarked to go to the Center for Performing Arts in New York City. How futile!

It's all meaningless and will not stave off the current global economic crisis. Rather it only serves to psychologically condition the masses to look to the government to save them in times like this, which helps prepare them to accept the antichrist and his mark of the beast system. Instead of looking to God, and His Son Jesus Christ as the only Savior of the world, they look to the government as their savior. This is the false religion of socialism and communism, which teaches that the salvation of mankind comes through political and social means. It's an empty, godless religion that cannot save anyone. It is nothing more than a thin spider's web to hang by, which cannot support you. It seeks to bring about the utopia of the millennium without Christ. Socialism and communism are a failed experiment that have been proven to fail over and over again in countries around the world that have tried it. It only serves to make the elite richer and the masses poorer, and it ruins the soul of its adherents.


"Some trust in chariots and some in horses,
but we trust in the name of the LORD our God.
They are brought to their knees and fall,
but we rise up and stand firm."
(Psa 20:7-8)

Some trust in the government and some in the economy, but we trust in the name of our great God Yehova and in the name of His Son Jesus Christ, our Lord and Savior. He delivers the righteous from all their troubles (Ps 34:19) and sustains them in times of famine (Ps 37:19). This God is our God forever and ever; He will be our guide even to the end (Ps 48:14).

Putting it All Together
These are the signs of the times, which serve as a wake up call to us all that Jesus Christ is returning very, very soon. It seems the third seal has been opened, and the economic turmoil foretold in the sixth chapter of the Book of Revelation has been released into the world, as I have written in my article The Seven Seals Being Opened in Real Time.

This is an unprecedented time in our nation's history and the history of our world. It is not business as usual, but rather apocalyptic days we are living in. If you know Jesus Christ as your Lord and Savior, please get ready for the rapture. If you don't know Jesus, then now is the time to give your life to Him. I do not believe the government has the answer for this problem. The help of man is worthless (Ps 60:12). Jesus is calling upon everyone in the world, those who know Him and those who don't, to stop doing the things of the world, repent, pray and believe in Him, because He is coming back very, very soon.

2 It would take 738,838 years to pay off our national debt of $23.3 Trillion, if we paid one dollar per second. However, those would be steep payments, so let's say we only pay a more reasonable monthly amount like $1 Million per month to eliminate the debt. That would take us 23.3 million months or 1.9 million years. Therefore, adding an extra 2.2 trillion on top of that enormous debt is completely insane. That is what happens to those who drink the maddening wine of the adulteries of Babylon the Great (Rev 18:2-3). They trust in wealth, which cannot save them (Ps 49:6), and in the end they will fall along with Babylon the Great (Prov 11:28).

3 In order to understand how much money is in the economic stimulus package, it would take you 69,761 years to count aloud from one to 2.2 trillion stating one number per second. If an average of $1,200 is given to each of America's 157 million workers, that will cost the government $188.4 Billion USD. That constitutes only 8.6% of the $2.2 Trillion stimulus package, which leaves 91.4% of the stimulus package to be used for other purposes.

Author's note: You must take responsibility for your own actions. This article is not to be construed as financial advice. This is only to provide you with information, so that you can make your own decisions, for which you will be accountable to God.  You may also want to read my other related posts:

Len Lacroix is the founder of Doulos Missions International.  He was based in Eastern Europe for four years, making disciples, as well as helping leaders to be more effective at making disciples who multiply, developing leaders who multiply, with the ultimate goal of planting churches that multiply. His ministry is now based in the United States with the same goal of helping fulfill the Great Commission. www.dmiworld.org
Posted by Len at 1:37 PM 2 comments: