Rapture in the Last Hour 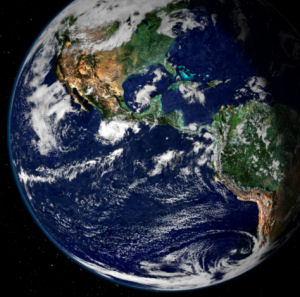 The Lord led me today to make a careful search and inquiry, seeking to know what time the Spirit in me is indicating the return of our Lord Jesus Christ and the glories to follow.  I reviewed the comments by Sandra Sadiq in my previous blog on end time events, pertaining to the last and final hour before the Lord’s return. The following is a short excerpt taken from that blog, followed by what the Lord showed me in a brief study of 11:11 and 1:11 Bible verses.

Sandra Sadiq's Comments
She states: "SOME PEOPLE HAVE BEEN SEEING 11:11 OR 01:11 (ALL THESE 1’S) IT IS BECAUSE LORD TOLD ME THE REASON WHY I KEEP SEEING THE 1’S IT IS BECAUSE OF THE ANTICHRIST WHO HAS BEEN REVEALED IN THE LAST HOUR AND THE LAST HOUR IS 11PM."

Here is what the Lord showed me. I sense this may be a reference to the following verses in the Bible.

Jesus Will Come the Same Way He Went into Heaven - Act 1:11

First we must look at Acts 1:11, in which the angels spoke to the disciples immediately after they watched Jesus ascend into the sky: “They also said, "Men of Galilee, why do you stand looking into the sky? This Jesus, who has been taken up from you into heaven, will come in just the same way as you have watched Him go into heaven." (Act 1:11). This is an explicit reference to the return of Christ.

Repeated Vision and Then Everything Up Into the Sky - Act 11:11
Then we look at Acts 11:11 and the verse preceding it: “This happened three times, and everything was drawn back up into the sky. And behold, at that moment three men appeared at the house in which we were staying, having been sent to me from Caesarea.(Act 11:10-11). In this verse and the one before it, in Peter’s vision, the sheet and everything in it is drawn back up into the sky.  This is followed by the sudden appearance of three men.  There have been many visions and dreams of the rapture lately, and some people have seen these visions or dreams repeated consecutively like Peter did. I think the Lord is hinting that He Himself will soon appear, and all His holy ones will be drawn up into the sky.

They Went up into Heaven - Rev 11:11
Then we must look at Rev 11:11. “But after the three and a half days, the breath of life from God came into them, and they stood on their feet; and great fear fell upon those who were watching them. And they heard a loud voice from heaven saying to them, ‘Come up here.’ Then they went up into heaven in the cloud, and their enemies watched them. (Rev 11:11-12).  This verse refers to the two, literal witnesses, who will serve during the Great Tribulation. But notice how they are raptured (caught up) when the Lord says, “Come up here.”  I think the Lord is inferring that He will soon call His people home.

Jesus Comes Soon to Awaken the Dead Out of Sleep - Jn 11:11
Then we must look at John 11:11 that says, “He said to them, ‘Our friend Lazarus has fallen asleep; but I go, so that I may awaken him out of sleep.’"  (Joh 11:11).  Just as Jesus needed to go to awaken dead Lazarus, He must go out of heaven to awaken His Bride and to awaken the dead in Christ.

Jesus Will Soon Enter This World for His Church and It's Already Late - Mk 11:11
In Mark 11:11, we read: “Jesus entered Jerusalem and came into the temple; and after looking around at everything, He left for Bethany with the twelve, since it was already late.” (Mar 11:11).  This may be a hint that Jesus is now about to enter this world’s atmosphere for His Church and that it is already late.  He is looking around at everything and is cleansing His Church.

The True Saints Will Be Gathered Together to Jesus Like Birds - Hos 11:11
There is Hosea 1:11.  “And the sons of Judah and the sons of Israel will be gathered together, And they will appoint for themselves one leader, And they will go up from the land, For great will be the day of Jezreel.” (Hos 1:11).  The key things in this verse are that God’s people will be gathered together to their One Leader, Jesus Christ.  When this happens, they will “go up from the land” and great will be the day! In Hosea 11:11, we read “They will come trembling like birds from Egypt And like doves from the land of Assyria; And I will settle them in their houses, declares the LORD.” (Hos 11:11). The sons of God are going to come to Him like birds, and He will settle them in their houses in heaven. In verse 9 preceding this, the Lord says, “I will not come in wrath,” indicating that when He comes to gather His holy ones, it will not be in wrath for them.  The wrath will only be for those who are left behind.

Jesus Comes TO His Own and Then He Comes FOR His own - Jn 1:11
Then we see in John 1:11, it says, “He came to His own, and those who were His own did not receive Him.” (Joh 1:11) This refers to His first coming, when He came TO His own, but Jesus is once again coming FOR His own very soon.  Unfortunately, many of His own are not ready to receive Him.

Woe to the Rebellious and Idolatrous Children  - Jude 1:11, and Jer 11:11
All who are living in rebellion to His commandments and in idolatry will not be ready to receive Him.  Jude 1:11 pronounces the woe for such Christians: “Woe to them! For they have gone the way of Cain, and for pay they have rushed headlong into the error of Balaam, and perished in the rebellion of Korah.” (Jud 1:11).

The Lord also warns these people who are not ready in Jeremiah 11:11: "Therefore thus says the LORD, 'Behold I am bringing disaster on them which they will not be able to escape; though they will cry to Me, yet I will not listen to them.'" (Jer 11:11).  In the preceding verse, the Lord specifically says that these are His people who are in rebellion and idolatry: "They are returned to the former iniquities of their fathers, who refused to hear my words: so these likewise have gone after strange gods, to serve them: the house of Israel, and the house of Juda have made void my covenant, which I made with their fathers. (Jer 11:10, DRB)

Time is Up! - Zech 1:11-13ff
Zechariah 1:11 is definitely about the Lord’s return, and it includes 1:13, in which the Lord says, “Time is up.”  For more on this, see the rapture article on the Angels on Assignment website, particularly the “Nuggets of Proof” in the Summary section.  In addition, there is more about this in brother Roland Buck’s in sermon 48.

But the angel Gabriel told brother Buck that Zechariah 1:13 is about the Lord’s return. The “angel of the Lord” in this passage was Gabriel himself, so he certainly knows what it’s about.  He said that in verse 13, the Lord told him that “time is up.”

Here is an excerpt from sermon 48 by brother Buck: “Another thing he told me as he gave me this message, in Zechariah 1:12, the angel Gabriel who is the angel who stands in God's presence. And he said, ‘God, those children of Israel have been in bondage for 70 years. How long are You going to allow them to stay in bondage. The time is up.’" sermon 48.

"God said, ‘Tell them that I have turned to them with mercy and I will bring them into the land that I promised them. I will keep my promise.’ Then God gave me the beautiful picture that this promise was very symbolic of the day when Jesus comes to take His own people back.” sermon 48.

Brother Buck went on to say, “On God's clock in eternity time has almost run out. I don't know how it relates; it could be a longer period of time on earth because there's no real way of comparing eternity and time. Eternity is a state of being; it's neither long nor short. But things are happening so beautifully.” sermon 48.

Brother Buck began that message by saying, “There may be some pre-tribulation people here tonight; there may be some post tribulation people. But when that clock strikes and God's great plan and the trumpet sounds, God isn't going to open up our heads and take a look and see which position we support. He's going to take a look at our hearts and see if Jesus dwells there. He tells us not to be moved away from the hope of His calling.”

“One of the most often asked questions that I have received has to do with the rapture of the church. There seems to be a trend away from this blessed hope. And God knew it was going to happen and that's why He said, ‘be not moved away from this hope.’ Because Jesus is coming soon He is doing some things in hastening His work today.”

Putting it All Together
Immediately after this post was first published, I received a comment from a dear sister, Michele.  She said, "I have been seeing this for about 8 years!" And she knows one other person who received this from the Lord as well! So this was definitely a confirmation for her and for me.

We are in the last moment right before the rapture. Time's up! I want to be very clear that I am not setting any dates.  I don't know if it is going to be this week, this year, next year, or when.  It just depends on the grace of God.  But it's going to be VERY soon.

Are you ready?  Do you hear the sound of the trumpet?  Please do not wait any longer or you will miss the rapture. Repent now and give your life to Jesus Christ.  Look to Jesus, who alone can prepare you to enjoy the rapture, and join the worshipers in heaven. If you know Him, but are not living 100% for Him, then repent and get right with Him now.  He is coming only for the holy people.

Attribution notice: Most Scripture quotations taken from the NASB. Earth image from Angels on Assignment website.

Author's note: You must take responsibility for your own actions. Nobody knows the day or the hour, and in no way am I date setting. This is only to provide you with information, so that you can make your own decisions, for which you will be accountable to God.  You may also want to read my other post called, "Very Few Will Hear the Trumpet".  Then check out "Are You Rapture Ready?" And "The End Has Come."  You may also visit our Signs of the Times Directory, and access my complete blog directory at Writing for the Master.

Len Lacroix is the founder of Doulos Missions International.  He was based in Eastern Europe for four years, making disciples, as well as helping leaders to be more effective at making disciples who multiply, developing leaders who multiply, with the ultimate goal of planting churches that multiply. His ministry is now based in the United States with the same goal of helping fulfill the Great Commission. www.dmiworld.org.
Posted by Len at 12:37 AM