False Prophet Pope Francis Pushing for the Mark of the Beast? 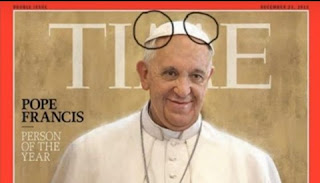 Author's note: You must take responsibility for your own actions. This is only to provide you with information, so that you can make your own decisions, for which you will be accountable to God.  You may also want to read my other related posts:

You may also visit our Signs of the Times Directory, and access my complete blog directory at Writing for the Master.

Len Lacroix is the founder of Doulos Missions International.  He was based in Eastern Europe for four years, making disciples, as well as helping leaders to be more effective at making disciples who multiply, developing leaders who multiply, with the ultimate goal of planting churches that multiply. His ministry is now based in the United States with the same goal of helping fulfill the Great Commission. www.dmiworld.org
Posted by Len at 10:42 AM